In 1923 when the Freedom of Religion Act came into force in Finland and the Evangelical Free Church of Finland was established. Very soon thereafter the Evangelical Free Church built a Church and a Hospiz for accommodating travelers, as well as some class rooms for a bible school in the corner of Ratakatu and Annankatu streets in Helsinki Punavuori district. The building was erected in 1925 and it was planned by Gösta Julen. An urban renewal of the building was taking place in 1985 and by the end of the year Hotel Annasaw its first light.

The hotel had 61 rooms in the beginning and the breakfast was served in a small room in the 5th floor. Very soon it was obvious that more space was needed for serving breakfast and the business areas in the street level was incorporated with the hotel. The stairs to the breakfast room on the back side of the building still reminds of the changes that had to be done to provide a smooth entrance to the breakfast room. In 1999 a new ventilations system was installed and in 2001 the whole 7th floor was reconstructed from hotel office and one Suite to 5 new hotel rooms, so since 2001 Hotel Anna has all in all 64 rooms.

The last renovation was conducted in 2010 when all other rooms except the rooms in the 7th floor were refurbished. The personnel seem to have found their place in Hotel Anna, which is like an “Oasis of Tranquility” in the pulsing city of Helsinki, since most of them have been working in the hotel almost from the beginning. Four out of five fulltime receptionist have been working in Hotel Anna for more than 22 years and the during its whole history since anno 1985 there has been only three General Managers, Mr Eero Kallela 1985-2000, Mr Pekka Salmensaari 2000 – 2008 and from 2008 Mr Kari Törmä. 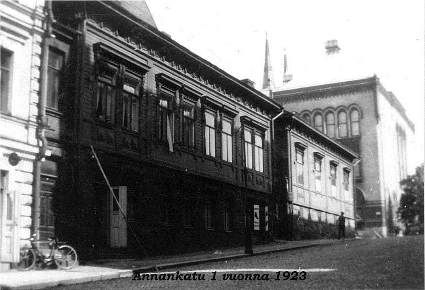 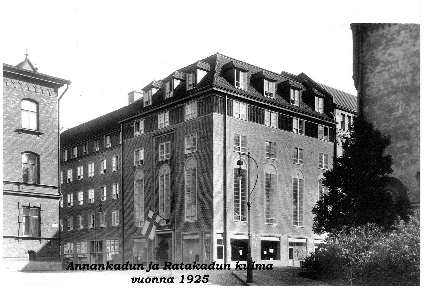